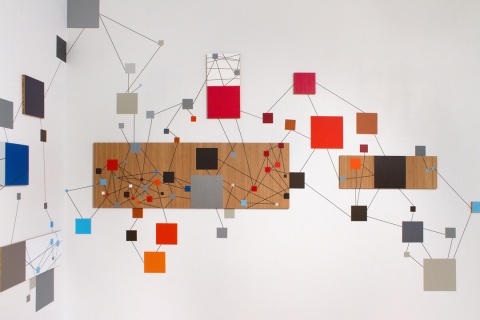 Mariángeles Soto-Díaz began her art studies in the oil-producing country of Venezuela, where she was born and raised, and where Modernism’s failed promise felt particularly poignant. She holds an MA in Aesthetics and Politics from CalArts and an MFA from Claremont Graduate University. Her work has been exhibited internationally, at venues including MASS MoCA, El Museo del Barrio (NYC), and the Wignall Museum (Rancho Cucamonga, CA), among others, and has been reviewed in publications such as the LA Times, Art Nexus, and Arte al Día. Soto-Díaz is based in Southern California and is the founder of the Unconfirmed Makeshift Museum, a flexible project space conceived as a cultural intervention in suburban Irvine (CA).