Grant Wood and the After-Life of Victorian Architecture

Throughout his career, Grant Wood demonstrated an interest in Victorian architecture, decorative arts, and interior design; indeed, he chose a small board-and-batten Victorian house in Eldon for the backdrop of American Gothic (1930). Victorian aesthetics were important to Wood’s personal memories of his youth in Anamosa— memories he used in the myth-making appropriation of Victorian visual and material culture in his own work. In 1935, he transformed a room in Iowa City into a Victorian parlor and dining room for “The Society for the Prevention of Cruelty to Speakers.” In a nod to the period’s detractors, Wood called the room’s decoration “the worst style of the Victorian period,” although art historian Wanda Corn has called the room a “lovingly and carefully executed piece of work.” Corn’s scholarship provides the foundation for my examination of Wood’s work in the context of the Victorian Revival in the inter-war years.

Through a case study of Grant Wood, this paper will consider the “after-life” of so-called Victorian architecture in the 1920s and 30s. Today architectural historians are much more specific in labeling the many different non-classical styles of domestic architecture in the long period of the reign of Queen Victoria (1837-1901).  But circa 1930, critics, historians, and artists such as Wood used the catchall term “Victorian” liberally. As styles changed, nineteenth-century American architecture was lambasted and subjected to decay and demolition. Attitudes began to shift in the 1920s and 30s, at the height of the Colonial Revival. This paper will investigate Wood’s participation in the Victorian Revival through an examination of his attitudes towards vernacular architecture and Gothic and Gothic Revival architecture generally, arguing that Wood did not view Midwestern Victorian cottages as importations from English architecture (which they were), but as uniquely American adaptations of medieval European Gothic church architecture.

Watch the presentation on YouTube. NOTE: This presentation runs from minute 9:15 through 48:21 during the video. 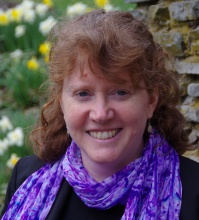 Kerry Dean Carso is chair and associate professor of art history at the State University of New York at New Paltz, where she teaches courses on American art and architecture.  Her research focuses on interconnections between the arts and literature in the nineteenth and early twentieth-century United States.  She is the author of American Gothic Art and Architecture in the Age of Romantic Literature (2014; University of Wales Press, Gothic Literary Studies series), winner of the 2015 Henry-Russell Hitchcock Award from the Victorian Society in America.  She has published articles on Gothic Revival architecture and Romantic painting in peer-reviewed journals including Mosaic, Winterthur Portfolio, Symbiosis, The Hudson River Valley Review, and Gothic Studies, as well as exhibition catalogue essays on Hudson Valley art and architecture for the Dorsky Museum of Art.  She is currently working on a book manuscript entitled “Follies in America: A History of Garden and Park Architecture, 1776-1876” as well as a project on “The After-Life of American Victorian Architecture in the Inter-War Years.”  Professor Carso earned a Ph.D. and M.A. in American Studies from Boston University and an A.B. in English and American Literature and Language from Harvard University.