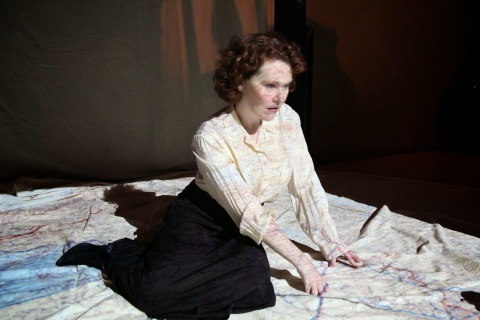 Careena Melia is an Irish born actress, director, and producer with 20 years of experience in theatre, film, and television, focusing on devised and immersive theatre. She holds an MFA from the American Repertory Theatre/ Moscow Art Theatre at Harvard University. From 2009 -2013 she worked with British immersive theatre company Punchdrunk and wrote, created, and originated the role of Hecate in the award-winning production of Sleep No More (SNM) at the American Repertory Theatre for its NYC run. Additional Punchdrunk projects include The MIT/NESTA Project at SNM and Minsky's Bar at the MIT Media Lab. She co-directed the immersive piece Waking La Llorona with David Reynoso, which will be part of La Jolla Playhouse's Without Walls Festival (San Diego). In 2017, she worked on the Westworld/HBO immersive experience at the San Diego and New York Comic Cons. Melia has taught and lectured at NYU/ Playwrights Horizons, Muhlenberg College, Coe College, and AMDA. She currently teaches directing at Boston Conservatory. Melia is an Associate Teacher of Fitzmaurice voicework and is the Artistic Director of Walden Shakespeare.