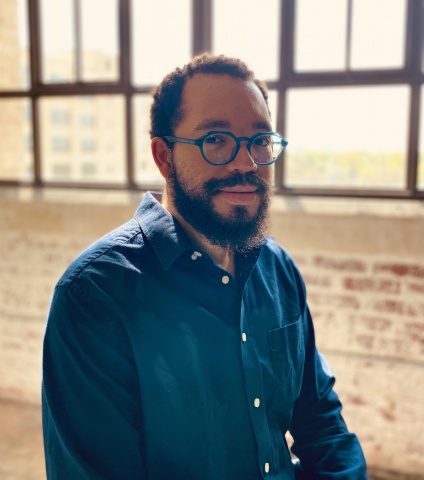 JOHNATHAN PAYNE (he/him) is a Queer, African-American visual artist currently living and working in Montgomery, AL. He obtained a BA in art from Rhodes College in 2012 and received his MFA in painting and printmaking from the Yale School of Art in 2018. In 2018, Payne completed museum leadership training programs at The Cleveland Museum of Art and The Studio Museum (Harlem). While at Yale, Payne co-curated exhibitions centering marginal identities and their art practices, including Publishing Camp: Queering Dissemination (2017), Queering Space at Yale (2016), and Black Joy (2016). His work has been recently shown at SPRING/BREAK Art Show and Jenkins Johnson Projects (both in New York City), the CMPLX (Memphis), and Diane Rosenstein Gallery (Los Angeles). Payne is featured in New American Paintings (MFA Annual #135) and has been published in Observer, Vice, and The New Yorker.

Payne served as an AmeriCorps volunteer (Memphis, TN), worked as a Wurtele Gallery Teacher at the Yale University Art Gallery, and taught as an adjunct instructor at the Shintaro Akatsu School of Design at the University of Bridgeport. He received the Gloucester Residency Prize in summer 2017 and was a Spring 2020 Artist-in-Residence at Crosstown Arts (Memphis, TN).

In addition to being named a Grant Wood Fellow, Payne is the inaugural recipient of the Aminah Brenda Lynn Robinson Residency (Columbus, OH), which he will begin in Summer 2021.