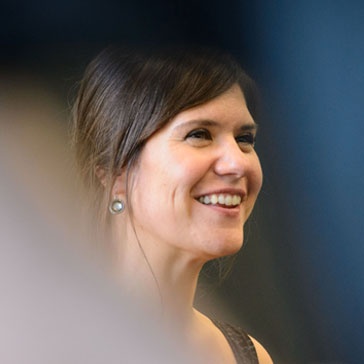 MARGARITA BLUSH is a Bulgarian-American theatre artist. She holds a BFA in Performance and an MFA in Directing for Puppet Theatre from the National Academy for Theatre and Film Arts (Sofia, Bulgaria) and a certificate in Lecoq-based pedagogy from Embodied Poetics (London, UK).

Blush is passionate about meaningful collaborations and partnerships with artists and organizations from around the world. She works internationally and has performed, taught, directed, and studied in Bulgaria, Macedonia, Turkey, Germany, France, the United Kingdom, Japan, and the United States.

She is the Artistic Director of Margarita Blush Productions, an ensemble-based company that creates original work blending live performance, puppetry, movement, unique design, and live music to produce imaginative, aesthetically captivating, thought-provoking, and deeply moving theatre experiences. Blush’s latest production, Unfolding (2015), has been performed at festivals and venues in the US (including the 2017 National Puppetry Festival), Bulgaria, and Turkey (funded by The Mid Atlantic Arts Foundation USArtists International Program). In spring 2019, the show was performed at The Tank in NYC to a great critical and audience acclaim. In summer 2019, as a recipient of an Asian Cultural Council Individual Fellowship, Blush traveled to Japan for eight weeks to study traditional Japanese theatre forms.

While a Grant Wood Fellow, Blush developed a new show, The Rule of the World.

Learn more about Blush by watching her interview below.