Grant Wood’s camouflage training during World War I is often mentioned but curiously understudied. Its implications for his art, however, are significant. In 1918, camouflage stood— along with the aerial surveillance that necessitated it—at the apex of visual innovation. As one of many artists conscripted into camouflage service, Wood could not have overlooked the challenge to conventional practices of representation posed by camouflage techniques. The obfuscation and manipulation of observed reality demanded by camouflage diverged from ideals of naturalism and mimesis, while compositional techniques that indulged falsehood over truth threatened to deconstruct the very purpose of depicting the world. Artists had always understood that representation involved artifice, but camouflage went further in making dissimulation an explicit goal. Camouflage’s challenge to naturalism embraced and even surpassed the philosophies of abstraction that infused Western art during the first decades of the century.

Thinking ahead to Wood’s 1930s landscapes, the implications of his camouflage training become richer still. The sensitivity to topographic form and landscape patterns required of a camoufleur resonated with the visual sensibilities of Wood’s agrarian upbringing. Military training would have brought these modalities of perception into his conscious thinking. Simultaneously, camouflage introduced Wood to a new set of modern possibilities, including formal abstraction and, more broadly, the contingency of signification. It also showed at a deeper psychological level that the divisions between vision and mental projection, artifice and reality, and even truth and falsehood could be manipulated. It revealed the ability of the modern artist to engineer the appearance of the landscape and to cover over topographic fact with operational fictions. These fictional landscapes were not detached fantasies kept separate from the real world. Rather, they were laid directly over top of it.

This paper explores the entanglement of camouflage and regionalism in Wood’s painting and philosophy during the 1930s. It proposes that the artist’s midwestern mythology (among other things) might best be understood as a mode of cultural camouflage—a subterfuge that hid the anxieties of modernist transformation in plain sight. 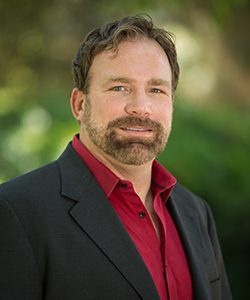 Jason Weems is Associate Professor of American art and visual culture at the University of California, Riverside. He is the author of Barnstorming the Prairies: How Aerial Vision Shaped the Midwest (University of Minnesota Press, 2015). His current research includes an exploration of the intersection of art and archaeology in the Americas, and an investigation into photography of and by Native Americans during the New Deal. He was curator of the 2015 exhibition “Interrogating Manzanar: Photography, Justice and the Japanese American Internment.” He recently has held fellowships from the Hellman Foundation, the Crystal Bridges Museum of American Art, and the Universities of California and Michigan. In 2017 he will research in Spain as a Fulbright-Terra Foundation of American Art Senior Scholar.