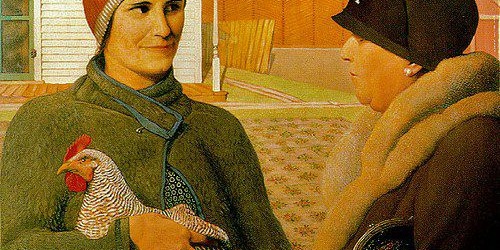 Sometimes, you can look at a painting and know it’s North American.

No stoic portraits of farmers or stars and stripes are necessary.

It’s something about open space, a sense of isolation that at times is comforting and at other times disconcerting.

December 19, 2016
The Royal Academy’s ‘America After the Fall: Painting in the 1930s’ (25 February–4 June) will also concentrate on works by figurative artists of the period – among them Charles Sheeler, Thomas Hart Benton, and Edward Hopper – and include that great icon, American Gothic by Grant Wood. Wood’s uncompromising depiction of an austere Midwest farmer and his wife (posed for by his sister and his dentist) in front of their gothic wooden homestead, evokes the harshness of life in the American heartland during the Depression years, in the way that no non-figurative work could ever do. It justly deserves its status, and is among that small band of works that have penetrated so deeply into the public consciousness that they can be appropriated by cartoonists and others without further reference.
December 17, 2016

Ask any grade schooler in Iowa and there is a good chance he or she can rattle off the six pillars of the Character Counts program: trustworthiness, respect, responsibility, fairness, caring and citizenship.

But one virtue that’s missing is humility — partly, I think, because Iowans don’... 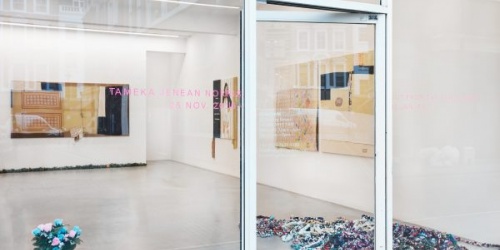 Ronchini Gallery is pleased to present Cut From the Same Cloth, an exhibition of new works by American artist Tameka Jenean Norris. Through a wide range of media, including performance, video, installation, photography and painting, Norris uses her own personal... 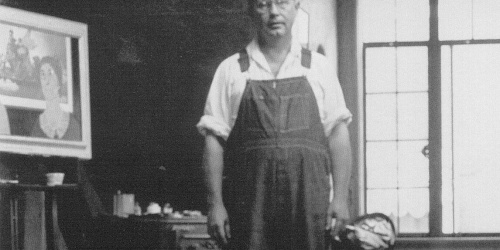 Grant Wood did not consider any of his works to be satire — except one.

When he painted “Daughters of Revolution,” it was with his tongue firmly in cheek. Irony is evident in the oil painting he produced in 1932 at his studio at 5 Turner Alley in Cedar Rapids.

The story began in... 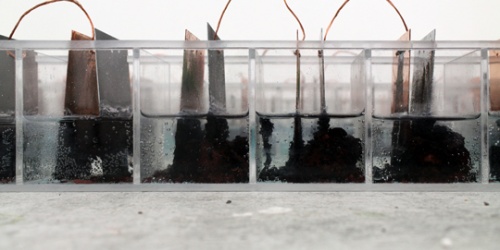 Why is our first instinct to polish the concrete and grind off the rust, effectively cleansing a space of...

If you’ve suspected there’s more to artist Grant Wood than the constantly parodied 1930 classic “American Gothic,” explore his homeland and you’ll find out why you’re right.

Wood was born 125 years ago in rural eastern Iowa near Anamosa, where summer is receding and fall is beginning its... 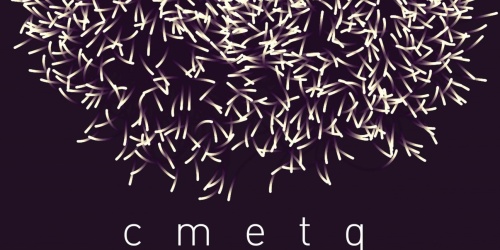 2015-16 Grant Wood Fellow in Music, Christopher Jette, will present cmetq at the International Computer Music Conference in Utrecht, the Netherlands, on Friday, September 16. Jette completed and premiered this work during his fellowship at the University of Iowa. cmetq is an concert length work...